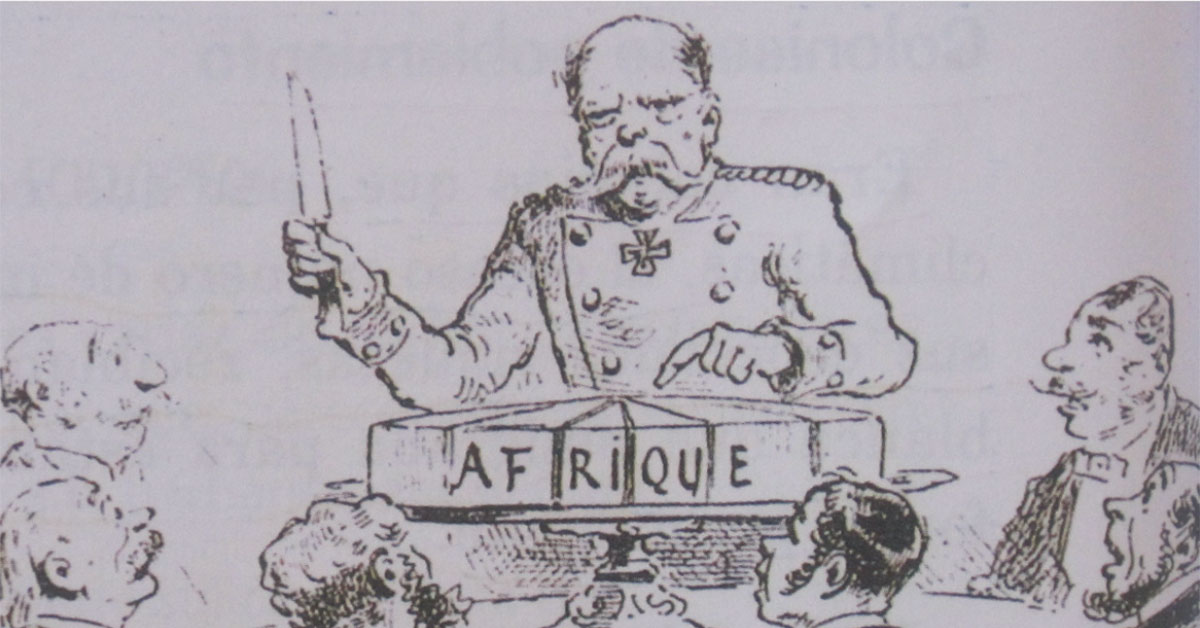 “Our conclusion that colonialism is a mode of production marks a signal moment in political theory. It is an understanding that liberates the brains, the worldview, of the colonized.”

So wrote Chairman Omali Yeshitela, leader of the worldwide African Liberation Movement, in his political report to the 2022 Party Plenary of the African People’s Socialist Party (APSP).

As members of the African People’s Solidarity Committee, the organization of white people under the direct leadership of the APSP, we are clear that this understanding not only liberates the brains and worldview of the colonized, it does so for the colonizer as well.

Colonialism means that a whole people or nation is forced to live under the domination of a foreign and alien state power. Those who make up the alien state power–white people– constitute the oppressor nation of colonizers and settlers who economically exploit the oppressed people by means of violence, repression and containment.

This happens both overtly and in more hidden ways through the use of traitors from the colonized nation who carry out the will of the colonizers. This is called neocolonialism.

As Chairman Omali Yeshitela has said, wherever African people have been forcibly dispersed around the world they are impoverished, powerless and colonized.

It means that capitalism was born of colonialism. Colonialism is the essence, the DNA of this system.
The entire configuration of the world today, both for the colonized and the colonizer, for the oppressed and the oppressor, is dependent on a pedestal of the oppression of the colonized African workers and the theft of their labor, land, resources and genius.

“African Internationalism connects the current political and economic configuration of the world to the colonial enslavement of Africa and African people. It proves that capitalism emerges as a parasitic world economy born at the expense of Africa, Africans, and all the world’s peoples who are subjected to foreign and alien colonial rule up to this date…

“It was colonialism that transformed the world into a single economic whole, a single political economy within which “slaves” and “masters” were destined to pursue the means of producing and reproducing real life, each at the expense of the other.”

As Chairman Omali Yeshitela pointed out, the term “mode of production,” is everything that goes into the production of the necessities of life. It means how all products – food, clothing, housing, entertainment– are created, produced and made available to us.

So colonialism as the mode of production means that everything we have comes from the suffering or plunder of others.

The term mode of production also includes what Marxists call the “productive forces,” the labor, the machinery, the technology and the raw materials.

Inside the United States, clearly the ownership of the means of production is private and driven by a ruthless profit motive that feeds the bank accounts of the wealthy and the lifestyle of the entire white colonizer population.

Chairman Omali explained, “According to Marx and Engels, for individuals, the mode of production is ‘a definite form of expressing their life, a definite mode of life on their part. As individuals express their life, so they are. What they are, therefore, coincides with their production, both with what they produce and how they produce.’”

Everything we have was stolen from the colonized!

This means that everything we understand, our colonial narrative about ourselves as the subjects of history has been created through the reality of war, slavery, genocide, rape and plunder of African and other peoples for our benefit.

The whole superstructure of our society has been built on this violent, genocidal foundation.

Universities, the legal system, our ideas of good and evil, our view of beauty, philosophy, religion, art and everything we aspire to and uphold, as Chairman so saliently pointed out, “requires drone strikes in Pakistan, police murders and mass imprisonment in the African colonies and barrios of the U.S., and starvation and forced displacement of the oppressed throughout the world.”

For us as white people in this country and in this world, the understanding of colonialism as the mode of production is critical to move forward on this planet. It gives us the science and tools to understand the world as it really is, not as we tell ourselves that it is.

This is African Internationalism, the political theory developed by Chairman Omali Yeshitela, that turns the world right side up from the point of view of the colonized African worker.

It is as the Chairman said, the science that liberates the brains of the colonized and equips the African working class to struggle for and to win their liberation, to unite their dispersed nation, unify their continent of Africa and overturn forever this violent system of oppressors and the oppressed.

For us as the colonizers this understanding takes us out of our foul fantasies about ourselves that put us in the center of the universe.

It enables us to rectify our relationship to African people by being organized under their leadership and to actually carry out the practice and stand of reparations as a revolutionary act, returning the stolen wealth to the true working class, the true producers of the planet, the African working class.

For information about the Uhuru Solidarity Movement go to uhurusolidarity.org.