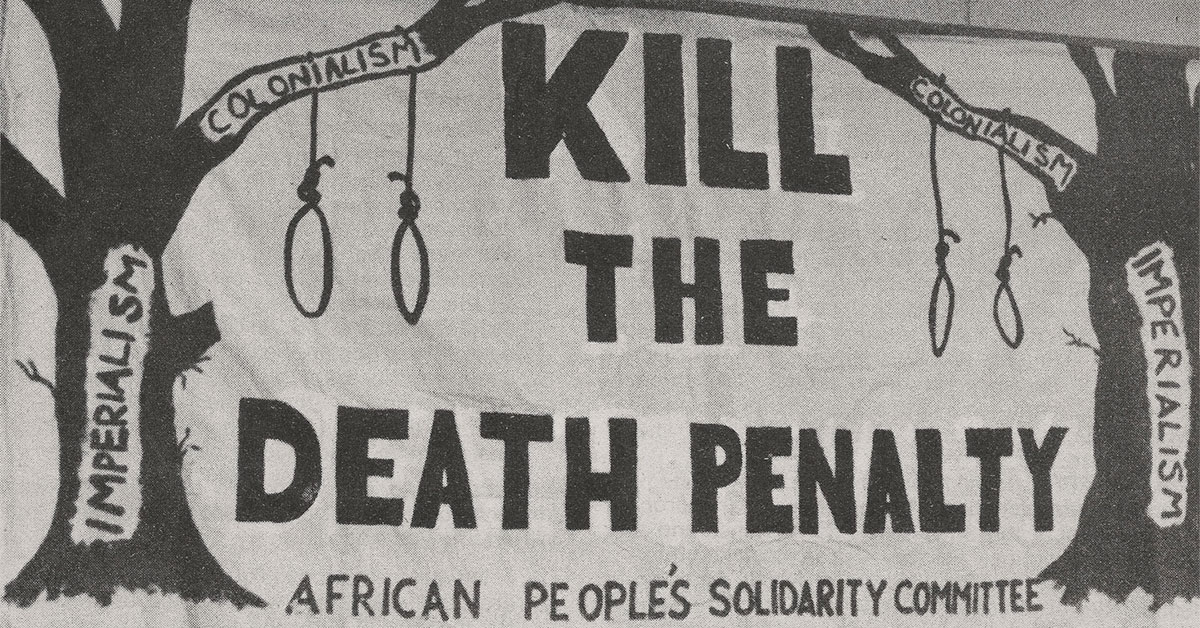 Heroic African political prisoners and prisoners of war have been forced to languish in colonial prisons under brutal conditions for decades because they fought for the liberation of African people.

These courageous African freedom fighters were true anti-imperialists waging the struggle for African Liberation as leaders of the Black Revolution of the 1960s and have paid for their stand with their lives.

Their revolutionary anti-colonial leadership sparked the white movement against the U.S. war on the people of Vietnam and galvanized the white women’s and LGBTQ movements that defined their struggle as one for women’s or gay “liberation” based on the anti-colonial articulations of the African Revolution of the time.

The U.S. government’s COINTELPRO counterinsurgency program launched to “discredit, disrupt, destroy” the Black Revolution of the 1960s, understood this powerful anti-colonial movement of the masses of African people as “the greatest threat to the internal security of the U.S. since the Civil War.”

These African political prisoners who have been locked down in the U.S. colonial dungeons since the 1970s and 80s, however, are never raised up as revolutionary models like Che Guevara or Ho Chi Minh and others, to be emulated and defended by white activists.

The white left, as always opportunistically enmeshed in white issues manifested on the pedestal of the oppression of African and colonized people, engages in campaigns on the plight of the white “whistleblowers” such as Edward Snowden, Chelsea Manning and Julian Assange—founder of WikiLeaks, who is currently fighting extradition to the U.S. from London.

The New York Times reported on July 7, 2021 that, “If a British court permits the extradition of the WikiLeaks founder Julian Assange to face criminal charges in the United States, the Biden administration has pledged that it will not hold him under the most austere conditions reserved for high-security prisoners and that, if he is convicted, it will let him serve his sentence in his native Australia.

“Those assurances were disclosed on Wednesday as part of a British High Court ruling in London. The court accepted the United States government’s appeal of a ruling that had denied its extradition request for Mr. Assange … on the grounds that American prison conditions for the highest-security inmates were inhumane.”

The Ideological Imperialists, as Chairman Omali Yeshitela calls the left wing of the opportunist white colonizer nation, have never raised up the struggle of the political prisoners of the African Revolution nor have they acknowledged that the Black Revolution of the 1960s was destroyed by a multi-faceted U.S. government counterinsurgency as devastating as any waged against the struggles of colonized people anywhere in the world.

Assange may be protected from the “inhumane” conditions of U.S. prisons because such conditions are reserved for African and other colonized people who are in prison due to the U.S. government’s colonial mass incarceration policies.

Political prisoners such as Sundiata Acoli who is 84 years old and has been locked down since 1974, Edward Poindexter, Mutulu Shakur, Jamil Abdullah Al-Amin (H. Rap Brown), Leonard Peltier, Mumia Abu-Jamal, Jalil Muntaqim and Azeez Abdul and many others have experienced these prison “inhumane” conditions daily for the past 40 or 50 years.

No outcry to demand the release of these heroes has been heard from white groups that claim to be socialist or anti-war or supporting social justice.

The significance of the African political prisoners is found in the fact that this entire capitalist system rests on a foundation of the kidnapping, enslavement and colonial domination of African people around the world and inside this stolen land of the Indigenous people who have had genocide waged against them.

Point 6 of the Platform of the African People’s Socialist Party (APSP) published in every issue of The Burning Spear newspaper, states, “We want complete amnesty for all African political prisoners and prisoners of war from U.S. prisons or their immediate release to any friendly country which will accept them and give them political asylum.”

The Black is Back Coalition for Justice, Peace and Reparations, which is comprised of more than 20 black organizations and is led by Chairman Omali Yeshitela held its 12th annual conference on August 7 and 8, 2021 on the issue of black political prisoners. This should be supported and attended by every white organization and white activist and self-proclaimed socialist.

As Chairman Omali Yeshitela has written in his book, “Vanguard: The Advanced Detachment of the African Revolution”,

“Parasitic capitalism is the real issue. It is this reality that ultimately distinguishes African Internationalist socialism from the struggle for white rights that usually characterizes most movements of Europeans worldwide. It is the difference in socialism resulting from overturning the pedestal upon which all capitalist activity occurs and some variation of the national socialism achieved by the infamous Nazis of Germany…

“Slavery, genocide and colonialism are the stuff of which capitalism was born…Slavery and colonialism gave rise not only to capitalism but also to the capitalist and working classes alike of Europe and North America. The workers and the bourgeoisie have occasionally fought great battles with each other since their and its inception as contending social forces…”

The struggle of African people inside the borders of the U.S. is a struggle against colonialism in a parasitic capitalist system in which colonialism is the mode of production, meaning that African and colonized people produce and reproduce life for white people, the colonizers and not for themselves!
As Chairman Omali Yeshitela has stated: “The real, legitimate struggle for white people is to commit national suicide by joining in the struggle for black power and against the white power that is representative of the oppressor nation relationship with the rest of us.”

Join in solidarity with the African Revolution and be part of the revolutionary struggle for reparations to African people!