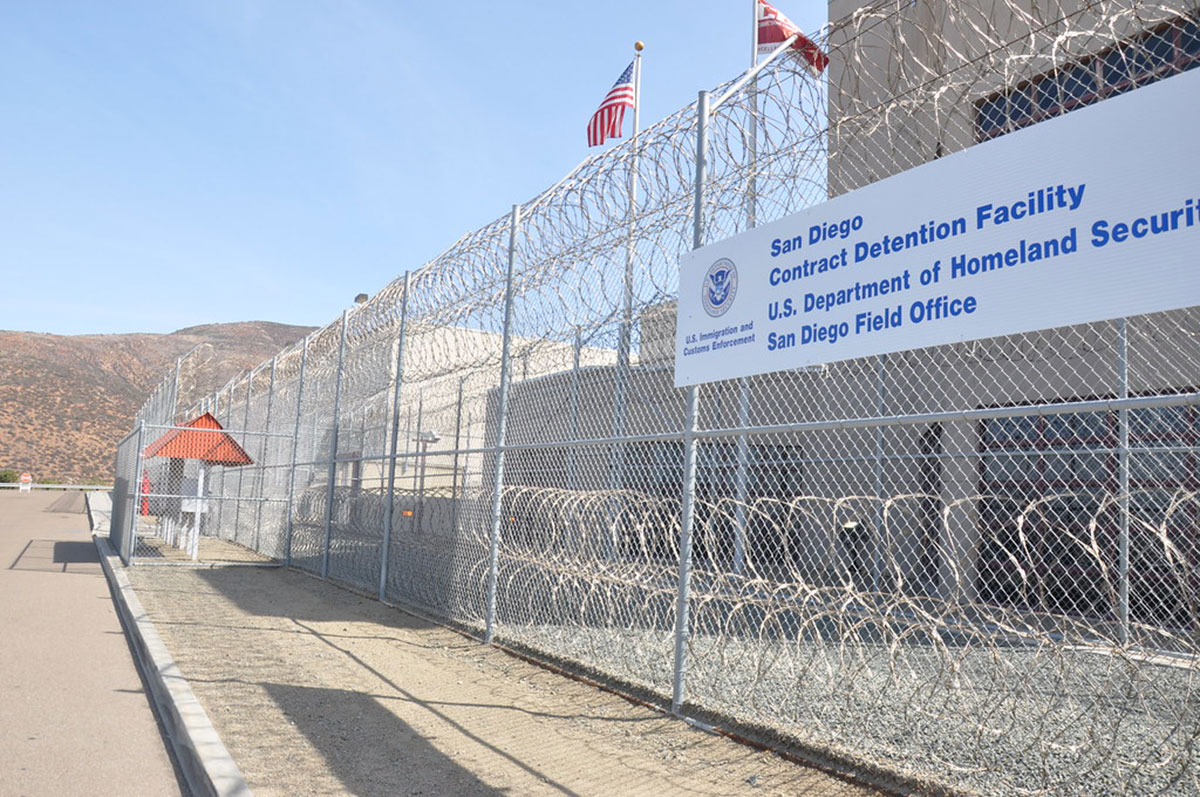 Shortly after Joe Biden was installed as U.S. president on Jan. 20, he made a big show of “slashing” the federal government’s use of private prisons.

Biden’s media op was nothing but a sham. It was a cynical nod to the African community, who has borne the brunt of Biden’s and the Democratic party’s long-standing intensification of colonial policies of mass incarceration, police violence, forced poverty and powerlessness.

In fact, it’s the Democrats who have long implemented a constant state of counterinsurgency warfare against the black community, generally in the name of the “war on drugs.”

As far back as 1984, the Comprehensive Control Act passed under Ronald Reagan was written by Biden and the notorious South Carolina white nationalist Senator Strom Thurmond.

At Thurmond’s funeral, Biden glowingly eulogized the vicious anti-African “Dixiecrat” who had raped his mother’s 16 year old “maid” when he was 22, producing Thurmond’s African daughter who he attempted to keep secret throughout his life.

Biden and Thurmond’s 1984 law introduced federal “civil asset forfeiture,” which allows colonial police agencies throughout the country to legally seize property from African people — including homes, cash, cars, guns and other things — without proving the person is guilty of a U.S. colonial “crime.”

Under the provisions of this bill, local and state police get to stuff their pockets with up to 80 percent of the value of what they seize, another way the resources of African people have been stolen to the tune of billions of dollars as funding for the colonial government and population.

In 1986, Biden was one of the authors of the Anti-Drug Abuse Act, which ratcheted up penalties for drug crimes and created the infamous gaping disparity between crack and powder cocaine sentences.

Crack was found more often in the African community, since the U.S. government consciously put it there – as documented by many sources, including Gary Webb’s book “Dark Alliance.” Biden’s law set mandatory minimum sentences for crack cocaine that are up to 500 times greater than those for the powder cocaine that was ubiquitous in the colonizer population.

Then, the Anti-Drug Abuse Act of 1988, co-sponsored by Biden, strengthened prison sentences for drug possession.

It should be noted that Biden’s son Hunter, a known drug addict, was arrested in 1988 when this Anti-Drug Abuse Act was before congress. Hunter Biden’s record was secretly expunged.

Funding 100,000 new cops on city streets, allotting $9.7 billion for prison building, increasing the federal death penalty by 60 more offenses, creating 125,000 new state prison cells, enacting a national three strikes measure and imposing harsh new penalties for imprisoned children, two-thirds of whom are African. These are just some of the measures in the 1996 Crime Bill.

This bill swept congress in a storm of counterinsurgent criminalization and assault on African people after the government’s imposition of deadly drugs into their communities as part of the counterinsurgency that destroyed the Black Revolution of the 1960s.

The bill also consciously created a frenzy of prison building as a massive economic stimulus for white people based on entrapping millions upon millions of mostly young African people into the web of the brutal colonial prison system.

So, Biden’s announcement at a White House press conference in early February that he had issued an executive order to stop “corporations from profiteering from private prisons” by opting to not renew the Department of Justice’s federal contracts with private prison corporations is a joke.

Only 12 private prisons will lose their contracts with the DOJ and the phase-out will take many years, probably beyond Biden’s lifetime. These 12 prisons account for about 14,000 people, only 9 percent of the federal prison population.

Those 14,000 imprisoned human beings will just be relocated to another state or county run prison.

The vast mass imprisonment of African people is one of the most poignant examples of the reality of colonialism inside the stolen borders of the U.S.

With the U.S. boasting the highest prison population in the entire world by far, one out of three African men will face a prison sentence in his lifetime and the fastest-growing prison population demographic today is African women.

Meanwhile, 400,000 (majority white) people rely on the good pay and benefits in a job as a “corrections officer” in the colonial prison system. Not to mention the countless spinoff careers in the prison industry’s vast attendant business sector.

The federal government will continue doing business with private prison companies who make their money by filling up cages with Spanish-speaking Indigenous people, many of whose children are still being kidnapped and isolated.

Slanderously labeled “illegal immigrants or aliens” by the bourgeois press, these are Indigenous people who have been detained for crossing a false, illegitimate border onto their own land.

Over 81 percent of people detained by ICE are caged in facilities owned or managed by private prison corporations, according to the American Civil Liberties Union. These facts will remain unaltered by Biden’s toothless executive order.

As Chairman Omali Yeshitela has shown, the problem is deeper than “racism.”

The problem is colonialism: the social, political, economic system of foreign hostile domination of African people by a white State power for the benefit of the white colonizer population.

The police and prisons in this country are and have always been instruments of colonial State power for the purpose of oppression and exploitation of African people for the benefit of the parasitic white economy, from the runaway slave patrols to convict leasing and continuing today.

The problem is not “private prisons,” as such, but the entire prison industry, which is part and parcel of the parasitic colonial-capitalist economy built on the backs of the enslavement of African people and the genocide and land theft from the Indigenous people of the Americas.

We are demanding banks, corporations, governments, politicians and other wealthy elites who profit from the oppression of African people pay reparations by redistributing funds through the Reparations Legacy Project, funding black economic development institutions like the Uhuru Movement’s Black Power Blueprint.

The Black Power Blueprint includes the African Independence Workforce Program, a black-led workforce development initiative to train and employ Africans coming out of the colonial prison system and re-entering their communities.

This is part of the strategy and struggle of the African working class to negate the colonial State’s power over their lives and build their own independent economy and black State power in their own interests, in contention with the parasitic capitalist economy built on their enslavement, colonization and imprisonment.

We call on white people to join the Uhuru Solidarity Movement and build the Make Wall Street Pay Reparations campaign and Reparations Legacy Project as a true stand against mass incarceration and for white solidarity with African liberation and self-determination.

Become a member of Uhuru Solidarity Movement at uhurusolidarity.org

Solidarity with Afghan people’s right to self-determination: down with U.S. imperialism!