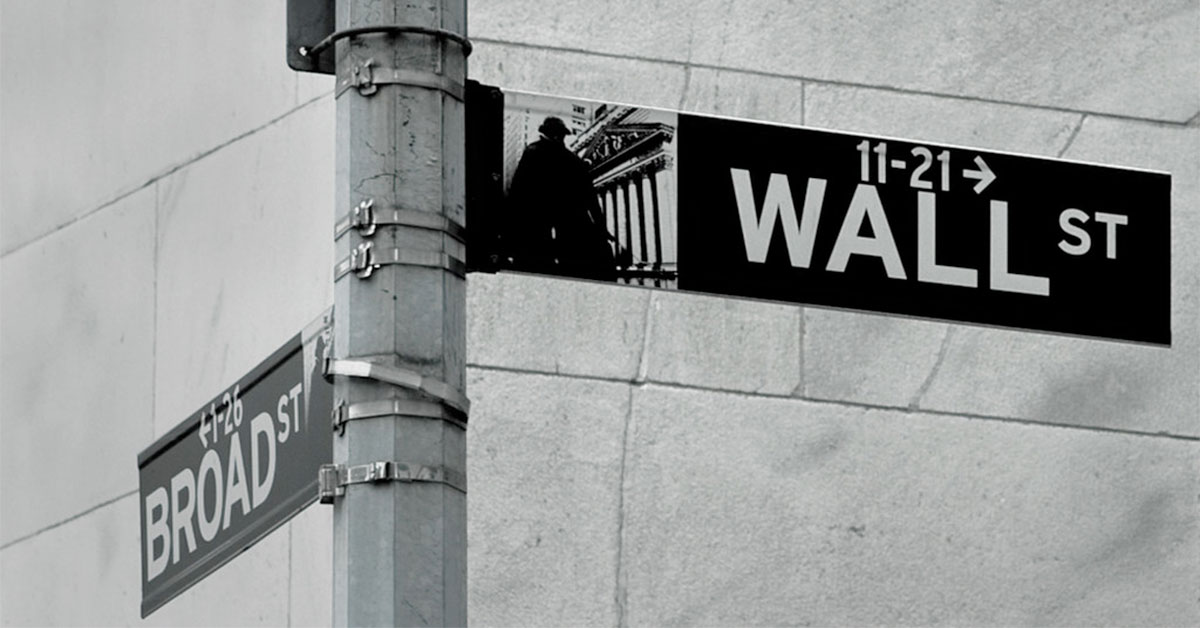 "Wall Street New York" by Mathew Knott is licensed with CC BY-NC-SA 2.0. To view a copy of this license, visit https://creativecommons.org/licenses/by-nc-sa/2.0/

As capitalism’s central institution, the stock markets in the U.S., Britain and Amsterdam are visibly entwined with the assault on African people.

The financial trading centers of the capitalist system are located today on the very same spots where the ships full of human cargo of kidnapped African human beings were docked and where African people were brutally warehoused and auctioned to the highest bidder as a human mode of production.

In London, the stock market is located in what is called the City of London at Canary Wharf on the docks of the Thames River, where African people were kept in dungeons before being sold as a commodity.

In Liverpool, where British slave ships were launched, transporting more than 1.5 million African people across the Atlantic, the offices of Lloyd’s of London are still located on the shores of the Mersey River.

Lloyd’s is one of the largest insurance companies in the world, getting its start by insuring trafficked African men, women and children. With a policy from Lloyd’s, the brutal white colonizers could be reimbursed for throwing African people overboard and feeding the sharks that followed closely behind the ships throughout the Middle Passage.

The same ships returned months later with sugar, cotton, rum and tobacco from the plantations in the Caribbean and U.S., propelled by forced African labor. These products would be processed in British factories for mass consumption by the colonizer population, prompting the transformation from feudalism to capitalism and sparking the Industrial Revolution.

In Amsterdam, what became the first stock market in the world is located in the midst of the grandeur, built at the time of the Dutch kidnapping, sale and enslavement of more than 600,000 African people.

At the height of human trade in the 17th century, Holland was the richest country in the world. Its corporation, the Dutch West India Company, founded in 1621 and financed by Amsterdam’s bankers, forced African people to work on plantations, producing sugar and coffee in Suriname and the Caribbean.

And in New York, at least 15,000 African people are buried underneath the high-rise buildings of Wall Street, one of the most poignant and telling facts that the wealth of Wall Street sits literally on the bodies of African people, it’s first “stock.”

The New York “African Burial Ground” makes up 6.6 acres of land in lower Manhattan where African people built most of the infrastructure of New York City, as well as the wall after which Wall Street is named.

From 1711 to 1762, just two streets away from the current New York Stock Exchange, there had been an open-air market where African men, women and children were bought and sold.

As Bettye Kearse wrote in a 2019 article in Time Magazine, “This busy and profitable market, second only to another in Charleston, S.C., helped spawn American capitalism and became pivotal to how money flowed throughout the world…”

“Through its burgeoning shipping businesses, insurance companies, sugar refiners and clothing manufacturers and retailers—supported by its equally burgeoning banking, accounting and investment firms—New York garnered some 40 percent of all the cotton revenue generated in the American colonies,” Kearse continued.

“By investing in Southern plantations and military suppliers, New York City became so rich through the ‘peculiar institution’ that in January 1861, on the eve of the Civil War, Mayor Fernando Wood proposed secession from the Union rather than lose cotton trade with the South.”

Virtually all the wealth of parasitic capitalism pumps through the veins of the stock exchanges every day, in a process that feeds white power while sucking the blood of African and oppressed peoples.

The U.S. alone owes over $15 trillion for enslaving Africans, more for ongoing oppression

The U.S. stock market alone is worth at least $15 trillion.

In 1982, the African People’s Socialist Party’s International Tribunal on Reparations to African People ruled that the U.S. owes African people $4.1 trillion for stolen labor alone. In today’s dollars that would be about $15 trillion–the entire wealth of the U.S.

This is why the African People’s Socialist Party defines reparations as a revolutionary demand.

Real reparations is a revolutionary, anti-capitalist demand – not charity!

Reparations is not a payout or charity or salve for the consciences of white people.

Reparations goes to the foundation of the social system we inhabit and is the basis for all our dreams and aspirations.

Chairman Omali Yeshitela has explained, “Slavery, genocide and colonialism are the stuff of which capitalism was born.”

As the leader of the African People’s Socialist Party, Chairman Yeshitela is the founder of African Internationalism, the body of political science seen through the eyes of the African working class.

“African enslavement was the first capital in the development of capitalism,” the Chairman tells us.

“The prevailing legal system, culture, religion and general philosophical outlook or worldview constitute the superstructure of capitalism thus conceived. This superstructure is a natural product and reflection of this economic base of colonial slavery.”

The statement that slavery, genocide and colonialism make up the DNA of the capitalist system is profound.

It means there was no period of benign capitalism. There were no kinder, gentler capitalist good-old days that somehow went bad later on.

Capitalism was born on conquering and plundering the entire the world, creating empires upon which the sun never set, producing and amassing an unprecedented accumulation of wealth for white people, a tiny percentage of the world’s population, while African people and the colonized majority of the planet suffer and starve.

Chairman Omali Yeshitela summed it up clearly: “Capitalism was born in disrepute, of the rapes, massacres, occupations, genocides, colonialism and every despicable act humans are capable of inflicting.”

Chairman Omali repeatedly quotes Karl Marx from Volume I of Capital on what Marx calls the “primitive accumulation of capital,” answering the implied question of where did the start-up money of the capitalist system come from:

“The discovery of gold and silver in America, the extirpation, enslavement and entombment in mines of the aboriginal population, the beginning of the conquest and looting of the East Indies, the turning of Africa into a warren for the commercial hunting of black-skins, signalised the rosy dawn of the era of capitalist production. These idyllic proceedings are the chief momenta of primitive accumulation.”

Marx was able to note that these methods “depend in part on brute force, e.g., the colonial system,” and that “they all employ the power of the State, the concentrated and organised force of society, to hasten, hot-house fashion, the process of transformation of the feudal mode of production into the capitalist mode…”

The capitalists, Marx wrote, were “cleverer than the alchemists, made gold out of nothing. Great fortunes sprang up like mushrooms in a day; primitive accumulation went on without the advance of a shilling…”

Marx could never come to the conclusion exposed by Chairman Omali Yeshitela, however, that the African and colonized workers whose humanity is obscured by the term “primitive accumulation” make up the true working class of the world and lead the front lines of struggle against parasitic capitalism.

Uhuru Solidarity Movement forms Reparations Legacy Project, under the leadership of the vanguard Party of the African working class

As white people who have made a commitment to win reparations under the leadership of the African working class, our genuine anti-imperialist, anti-capitalist, anti-colonialist stand against our own ruling class is to demand that Wall Street pay reparations to the Black Power Blueprint and the programs for political and economic power in the hands of the African working class.

Join the Reparations Legacy Project, winning wealthy white people and the “captains of finance and industry to pay reparations to African people, who are creating true justice in a world without oppressors and oppressed through the return of their stolen labor and resources.