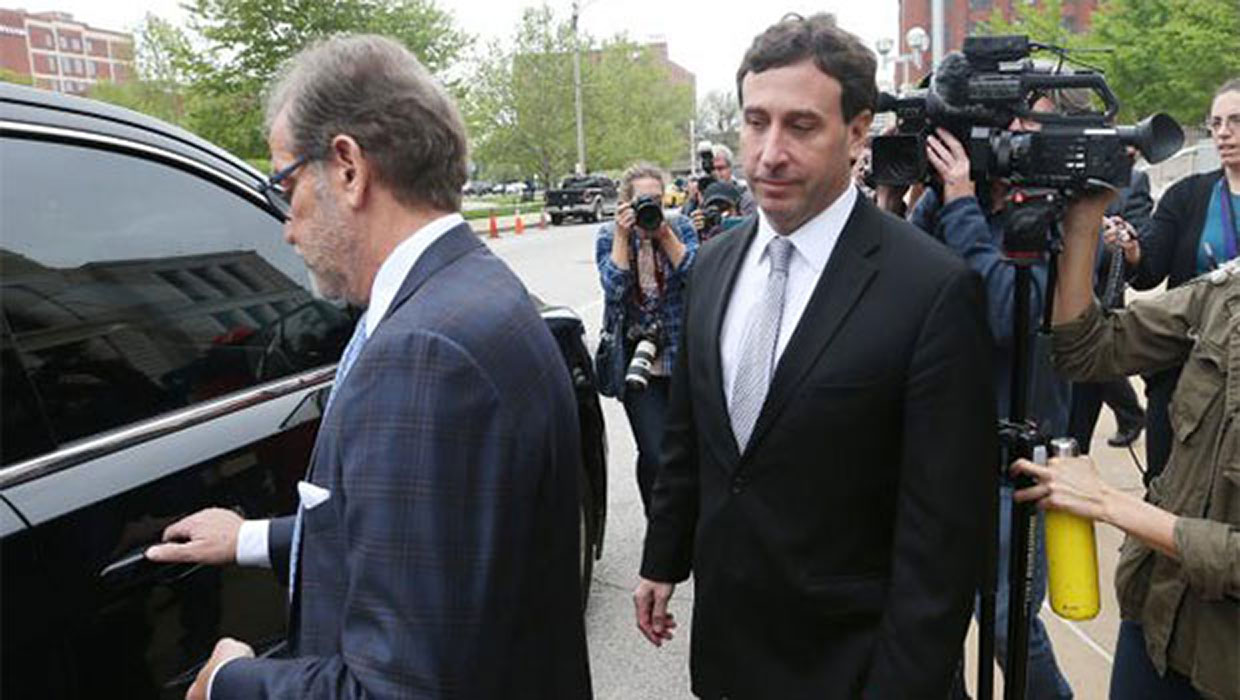 In May of this year Steve Stenger, a St. Louis county executive, was indicted and pleaded guilty to felony charges of three counts of public corruption for steering county contracts to his campaign donors.

St. Louis, MO — The biggest assortment of criminals and felons in St. Louis can be found in city hall and county government offices.

This is where politicians gleefully fill their pockets with millions of dollars earmarked for projects that have been promised (but never delivered) to the African community for economic development.

They all know they can “pay to play” with dollars stuffed into a politician’s wallets using the African community as their cash cow.

In May of this year, Steve Stenger, a St. Louis county executive, was indicted and pleaded guilty to felony charges of three counts of public corruption for steering county contracts to his campaign donors.

Stenger’s plea covered three $5,000 bribes from his last election and he could face a hand-slap of a prison term when he is sentenced in August.

It is clear that Stenger made a nice deal with the authorities to save his ass from far more serious charges.

“The Stenger administration initially touted the deal as saving taxpayers $10 million. A Post-Dispatch investigation revealed that those claims were false and that the contract had the potential to cost millions more than had been disclosed.”

Also pleading guilty was Stenger’s Chief of Staff Bill Miller who copped a felony plea of “aiding and abetting bribery.”

Stenger’s right hand woman and CEO of the St. Louis Economic Development Partnership, Sheila Sweeney, pleaded guilty as well, to a felony charge of covering over the fact that she knew about Stenger’s scheme.

Sheila was getting paid a neat little half million dollars a year in addition to all the resources she siphoned off from the St. Louis Promise Zone program, according to her indictment.

The Promise Zone is an outrageous St. Louis scam involving $4.48 billion dollars of Housing and Urban Development (HUD) and other investment funds supposedly available for economic development of the north side of St. Louis—not a dollar of which has ever materialized for the African working class!

Sheila used her Economic Development Partnership to enrich her nest egg and that of many other white people.

According to STLReporter.com, through the Partnership Sheila doled out the contracts to mafioso “John ‘Johnny Roller’ Rallo and other political contributors to Stenger’s campaign coffers.”

John “Johnny Roller” Rallo, hailing from a large midwestern crime family and a generous donor to both of Stenger’s campaign funds was also indicted on felony charges related to the real estate deal that Stenger engineered for the county office buildings.

Rallo pleaded not guilty to all charges.

STLReporter.com reports that redacted FBI documents reveal that the St. Louis District Attorney’s office has known since at least 1991 that the Rallo Construction Company “belonged to the Chicago La Costa Nostra.”

The article continues to quote the documents as saying if the Chicago mafia “wanted to buy property, businesses, get loans or some other such financial transaction it would be done through Rallo Construction Company in St. Louis.

Politicians enrich themselves with $4.48 billion promised to the African community

On the website of the St. Louis Partnership it states, “Work under way within the St. Louis Promise Zone is making a real difference for our region by addressing the needs of our most challenged communities.

“$4.48 billion in investments in the Promise Zone have been announced since 2015. Various groups focusing within the Promise Zone are developing innovative ideas, both big and small, to improve the quality of life for area residents.”

They claim that “The St. Louis Promise Zone has helped focus attention on the most distressed areas of our community.

“Through collaboration and partnerships, both locally and federal, we are identifying solutions that will result in greater economic growth, redevelopment and equity across our region.”

While St. Louis Mayor Lyda Krewson targets the colonially-induced horizontal violence in the African community, it is the killers downtown who are destroying the lives of thousands of African people every day.

Two distinct realities collide at St. Louis’ infamous “Delmar Divide,” the Delmar Ave. demarcation point between mansions and white luxury on the south side, juxtaposed by African poverty, desolation and burnt out buildings on the north.

The colonizer and the colonized, affluent and impoverished: these two Americas are drawn in stark lines in a city with at least a 149,000 African population and 148,000 white. Half the population enriches itself at the expense of African people.

The Black Power Blueprint has changed the terrain

The Uhuru House, at 4101 W. Florissant Ave. in North St. Louis is the headquarters of the African People’s Socialist Party (APSP) and is the centerpiece of the Black Power Blueprint, has forever changed the landscape for the African working class.

The Black Power Blueprint has not just exposed the lying politician. It is fighting the city, building a base of African working class political power on an economic foundation that they created themselves.

The Black Power Blueprint projects include the outdoor event space, 50 foot African flagpole and community garden across the street from the Uhuru House, where two condemned buildings were demolished.

It includes the purchase and transformation of several city owned abandoned buildings and other properties, including a 3,600 square foot site that will house the Uhuru Jiko Kitchen, Uhuru Foods and Pies and the African Independence Workforce Project.

Another abandoned building was demolished in June to make way for a community outdoor basketball court that will be right next door to a four-plex building being renovated for housing for African people coming out of the colonial prison system.

The Black Power Blueprint is unique. It is dual and contending power of the African working class in action, the movement to self-govern, not just protest.

The Black Power Blueprint wields power and influence among the African community, in the neighborhood associations, on the streets and at city hall, fighting in the name of the community, not beholden to colonial politicians, and forcing them to bend to the will of the organized African working class.

The Black Power Blueprint and the International People’s Democratic Uhuru Movement (InPDUM) is fighting and winning against the anti-African scheme passed on the stealth by these same criminal politicians to reduce the wards in the city from 28 to 14, another plan to channel more resources to white neighborhoods.

The Uhuru Movement has forced the Board of Aldermen to revisit what was touted as a “done deal” with the ward reduction which was officially voted in in 2012.

InPDUM has forced them to reopen this question of putting the issue of the ward reduction back on the ballot.

“Keep 28” is the battle cry that is heard down at city hall in presentations made by InPDUM President Kalambayi Andenet in a struggle that has galvanized not only the African community but many white supporters.

The “Keep 28” campaign also raised up enough African opposition to the “Better Together” plan launched by felon Stenger to merge St. Louis city and county, a plan that would have white people in the county outnumbering African people.

The county was forced to take Better Together “off the table,” for the moment.

The APSP also created the African People’s Solidarity Committee (APSC) and the Uhuru Solidarity Movement (USM) which is out at events, actions, tables and meeting throughout white St. Louis, winning the stand of “Reparations” to the African community.

This is a call to white people: Jump off the pedestal of enslavement and genocide represented by scum such as Stenger and Sweeney!

Return the stolen resources to the African working class, building a world without the oppressors and the oppressed, sweeping out the parasitic scum and dumping the imperialist dregs into the trash can of history.

Be Part of Changing the World!
White Solidarity with Black Power!
Reparations Now!