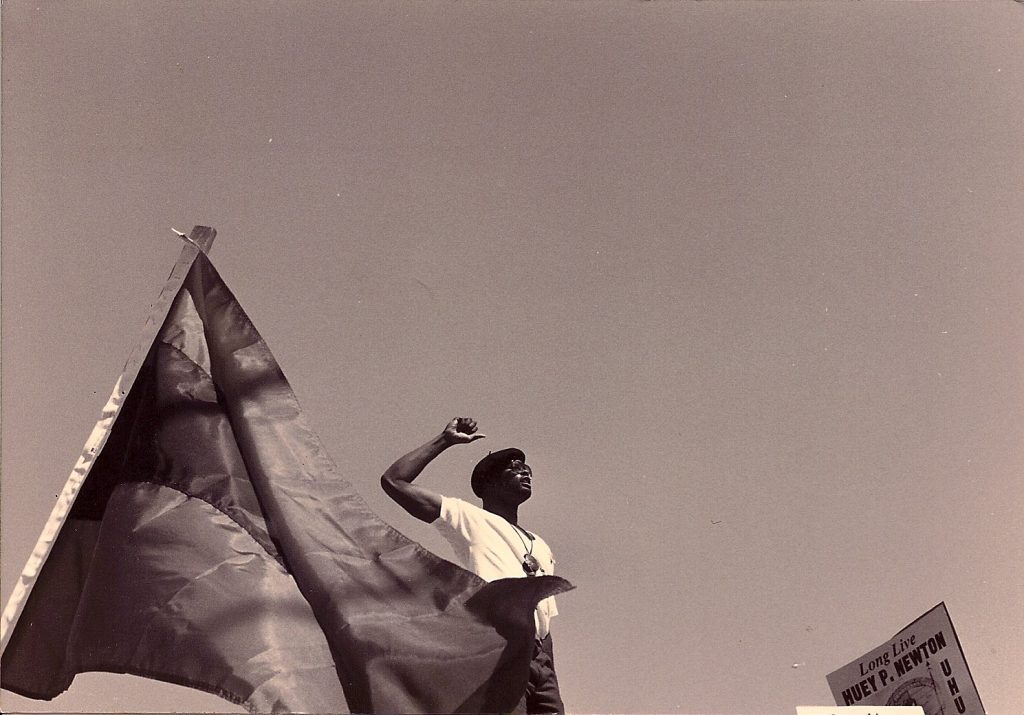 Nothing seems to pierce the heart of white liberals with fear more than the juxtaposition of the words: “African people” and “socialist.”

Especially if you add the word “party,” as in the African People’s Socialist Party, founded nearly 50 years ago and led by Chairman Omali Yeshitela.

His political theory is called African Internationalism based on the undeniable premise that capitalism was born parasitic and imperialistic. Europeans left their shores beginning in the 1400s to assault Africa, enslave African people, to dominate, enrich, colonize and feast themselves on the majority of humanity.

Socialism is one of the die-hard bastions of the white narrative, a narrative that even Henry Kissenger and Zbigniew Brzezinski have noted is quickly being challenged into irrelevancy as African and other oppressed peoples inside the U.S. and around the world resist U.S. colonial domination.

Clearly the spirit of these times is African resistance and the fight by African people to define their own future.

Socialism that turns the world right side up

It has been left to a long, moribund tradition of white men and sometimes women to be the interpreters of Marx and Lenin and to try to squeeze the vast realities and understanding of today into the tiny box of 19th and early 20th century European philosophies.

These systems of thought were created by men whose lives and actions forever changed the world in their times.

Nevertheless, these theories were based on a fatal flaw resulting from the fact that they could not see the world from any other vantage point than that of a white person perched on the pedestal on the backs of the colonized.

As Chairman Yeshitela exposes, earlier socialist theories were blind to the reality that underneath the feet of white society, including white workers, lay a whole other universe of living, struggling, ultimately irrepressible humanity, the majority of the earth’s population.

The enslaved, the colonized, the raped, slaughtered and plundered African, Arab, Indigenous, Asian–these are the true workers of the world, forced to harvest, mine and produce all the natural resources needed for the capitalist factories and industrial infrastructure facing the barrel of a white man’s gun.

As Chairman Omali states, for centuries African people have been forcibly “producing and reproducing life for others, not for ourselves.”

Chairman Omali Yeshitela and the Party have taken the question of socialism to the African communities of the U.S. and around the world.

This is socialism that turns the world right side up and projects the leadership of the African working class leaping out of the pedestal in alliance with all colonized workers of the world.

“Africans are not a race but a nation of people forcibly dispersed across the globe,” Chairman Yeshitela writes in his book, Uneasy Equilibrium: The African Revolution versus Parasitic Capitalism.

While the white-led “anti-racism” movement is a lucrative social industry in this country, he defines the conditions facing African people inside the U.S., Europe and in the Caribbean–just as on the continent of Africa–as colonialism.

Colonialism is defined as the domination of a whole nation or people by a foreign and alien state power for profit.

Colonialism explains why the state, the institution of coercion in the form of the police, the courts, the prisons and military continue to gun down African people day after day, just as it bombs and exploits the oppressed around the world.

Colonialism explains why African workers are locked up five times more often than white people or even why COVID-19 killed African people up to 70 percent of the time in many parts of the U.S.

Colonialism explains why the U.S. state assassinated Malcolm X, Fred Hampton and Martin Luther King and put puppets in place to carry out the will of imperialism.

The mission of the colonial state, its purpose and definition is suppressing the colonized by any means, on every front: military, economic, medical, social, educational, all for the benefit of the white oppressor nation.

That’s why FBI COINTELPRO could say that the Black Revolution of the 1960s was “the greatest internal threat to the U.S. government since the Civil War.”

No classes to learn to wipe out bad thoughts from the brains of white people, white cops or anyone else will change how the U.S. government treats African people

What changes that is the same thing that did it for the Vietnamese, the Cubans and the Chinese: anti-colonial struggle for political and economic power in the hands of the colonized working class.

Political and economic dual and contending power that negates the power of capitalism that was built on the backs of Africans and the oppressed.

National liberation of a colonized people, the liberation of Africa, the return of the value of the resources, land and stolen value of stolen labor for a half a millennium in the form of reparations as a revolutionary demand. This is what weakens imperialism, deepens its crisis and brings it down.

That’s why the African People’s Socialist Party has built its own economic infrastructure of 50 plus African working class institutions including the Black Power Blueprint on the north side of St. Louis. Check it out at www.blackpowerblueprint.org

The Party also created a solidarity committee for white people, creating black power in white face behind enemy lines organizing other white people not against racism but for reparations and for the African-defined anti-colonial struggle for independence and self-determination, the most powerful weapon against imperialism, white power and capitalism ever.

By Penny Hess, Chair of the African People’s Solidarity Committee which leads the Uhuru Solidarity Movement. Join the campaign to build the National March for Reparations to African People!

Penny Hess speaks at Black is Back Coalition forum on fascism